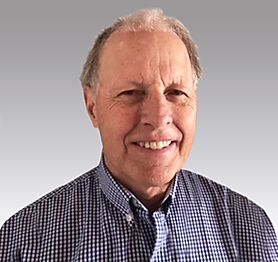 Clarke is a native Arizonan and has lived in Phoenix and Tucson most of his life. He attended the University of Arizona for both his undergraduate and medical degrees, and for most of his training in anatomic and clinical pathology. He completed a fellowship in surgical pathology at Hartford Hospital in Hartford, CT. Clarke practiced pathology in Phoenix for 23 years as the Medical Director of Laboratory at John C Lincoln Hospital.

Clarke and Laurel have been married for 43 years and have three children and nine grandchildren. They are active as a couple in community bible study and home fellowship. In their early years of marriage, they lived in Germany for three years during a tour of duty with the Air Force where Clarke served as a Flight Surgeon during the cold war. It was during this overseas tour with the Air Force that Clarke came to know the Lord as his Savior through a Navigator ministry to the military. Both Clarke and Laurel have served on the boards of Christian ministries, led home fellowship groups, and taught children’s Sunday School.

Since retiring they enjoy traveling to visit family, gardening at home, and spending time exploring the outdoors. They have a special love for Arizona and the Rim Country.