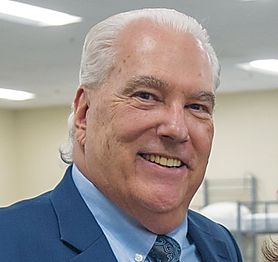 President of the Board

Roy Tullgren has been a resident of Tucson since 1964 when as a 6th grader his family moved here from Chicago.

Roy attended Rincon High School and the University of Arizona, earning a Bachelor’s of Arts in Communication and studied additional Master’s level courses in Counseling and Guidance. He has been married to Cathy since 1975. They have two children and five grandchildren, all of whom live in Tucson.

Roy became a Big Brother volunteer mentor while attending the U of A. And since that time In addition, he has mentored 4 boys as “Little Brothers” and has remained friends with them all, with the oldest being 57 years old and the youngest 22. Roy coached Jr High and Sr High sports for 12 years at a local school and was a state-certified HS basketball referee and softball umpire for 14 years.

Roy said, “My heart and passion has always been to help others in their situations, whether youth or adults.  There are so many people that need assistance, a hand up, and encouragement, whether through prevention, education or rehabilitation support. So I’ve chosen to dedicate my life and over 40 years of employment to non-profit social service management.”

Over the years, Roy has served on dozens of coalitions, commissions, task forces, neighborhood associations, and boards, a few of which are: