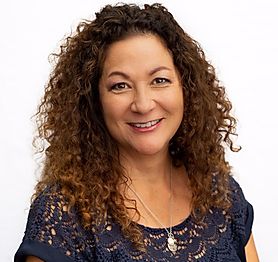 I was born, raised and married in beautiful green Seattle, Washington in the early 60s.

My parents were trendsetters in the 60s as a Korean man married to a Caucasian woman who then produced 2 little girls within 10 months of each other and then trendsetting again in the late 70s by having one more biological child 17 years after me!  I came to Christ at the age of 10 along with my mother and sister.  The church was a luxury as my father was not a supporter of church and Christians. He would later accept Christ as his savior a couple of months before his death and my little brother would accept Christ in his early teens.

I began my first job at 15 at the local Baskin and Robbins as the professional scooper of ice cream and chief ice cream cake maker. I then went on to my longest career in retail. I became the youngest manager on a prominent mall at the age of 19 as a stay at home mom I spent 14 years working with one of the top biblically based Direct sales companies in the nation, with a few management positions in between my retail experiences.  While retail has been my working background, people and service have always been my priority and passion.

Married in 1984 to my best friend we eventually moved to Tucson in 1991 with one daughter to start a new life in the desert. We eventually added 3 more amazing kids to our family.  All 4 are now adults with the addition of 2 wonderful sons-in-law.  Our “best is yet to be” is found in our precious grandkids.

Being a part of Romans 12 Ministries has brought me full circle as a woman, wife, and mother with a husband in ministry.  I have a passion for women and their unique walk in life.  Coming alongside them to help them walk through this life recognized for their own strength, individuality, and voice as a woman, wife, and mother.  I look forward to supporting them, loving them well, and celebrating life with them.