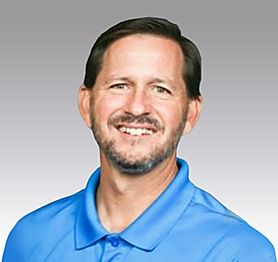 Ron grew up in Tucson Arizona, attending Amphi HS. 82’, Pima College and the University of Arizona. He received a master’s from N.A.U. He served six and a half years in the United States Air Force Air Guard. After College he worked in the field of Education spending 17 years in the Flowing Wells School district and  an additional 13 years as an administrator at Desert Christian Schools leading their High School (years)  and K-8 campus (10 years).  During his years in leadership in ministry he began to see first hand the need for a ministry such as Romans 12, which cares for those in leadership in ministry. When presented with an opportunity to work with the Romans 12 team he felt a strong compassion to serve and fight for other ministry leaders in Tucson,  which he is doing in his present position.

He has been married to Tina for 33 years. They have three children (all DCHS graduates); Mariah (married to Chris Grimes) and Brittany (married to John David Reyes) and Stephanie Smith. Ron and Tina presently attend Calvary Chapel Church.